When one thinks of a city that represents true independent movie making, it's Austin, Texas that often comes to mind. Unfortunately, Austin is no secret anymore and history has shown that it's just a matter of time before Hollywood will pounce and ruin a good thing. When it does, the film community of Champaign, Illinois will be ready to inherit the new title.

Known for years as the city that host the annual Roger Ebert extravaganza known as EbertFest, as well as the quickly growing Pens to Lens Gala in which local filmmakers produce films written by kids in grades K through 12, Champaign and its surrounding areas have quickly become the place for filmmakers to hone their craft. 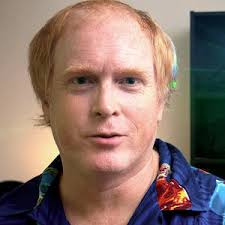 One of the many talented actors that have contributed to that local film community is William Kephart. However, if you don't see his name in the credits you may not believe you are watching the same actor as he seamlessly changes in appearance from the many national commercials, shorts and features he has appeared in.

From various characters in commercials for Snickers, La Quinta Inn and Staples, as well as the web series Up the Creek, where he not only plays Rusty, the main character, but also a rap singing German Wine Inspector and Ben Franklin, this versatile actor is a lot of fun to watch. Not to mention the feature films, Revolting and House of Thaddeus, where he proves he can be the unconventional leading man as well as vastly different roles in numerous shorts like Heartshot or The Sheriff's Children that have played in film festivals all across the country.

I'm convinced that a quick watch of any of those titles, plus anything else you can find him in will make you a believer in the talents of William Kephart and why he is my pick of the day for Not Very Famous...but should be.

Posted by Mike Trippiedi at 4:51 PM