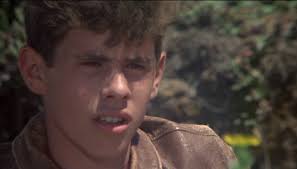 What happened? Well, in his own words from an interview with American Profile magazine, "I got to the point where the work wasn't up to the quality that I wanted." That's a pretty brave but admirable move for an actor. While he was working he certainly mastered the curious teen and young adult role. It would have been nice to see where his career progressed as he aged, but just like anything good, Gary Grimes left with his fans wanting more.
Posted by Mike Trippiedi at 8:44 PM