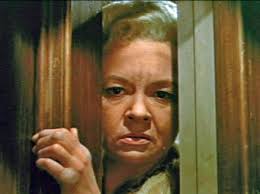 If you want to see this overlooked actor at her absolute best, though, look no further than her one scene in Cool Hand Luke. In just a matter of minutes she makes you want to change the whole focus of the movie to her character. It's an amazing piece of acting and just icing on the cake to the career of Jo Van Fleet.
Posted by Mike Trippiedi at 3:02 PM